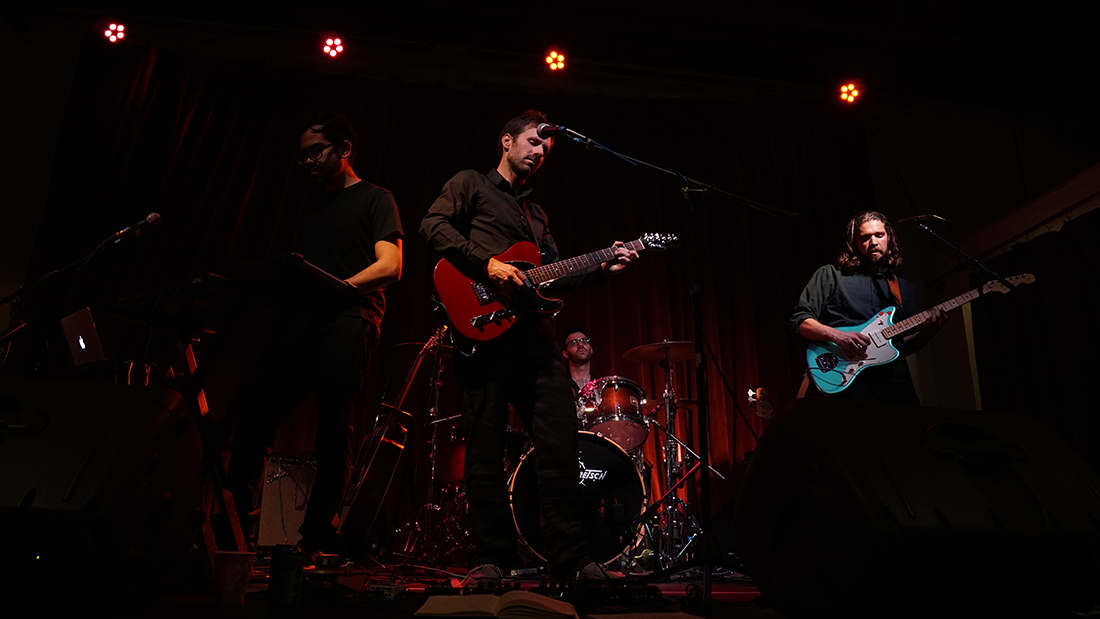 Even before forming his shapeshifter musical outfit Saint Solitude in 2006, multi-instrumentalist Dup Crosson was always driven by a desire to sound bigger than he actually was. His brand of sonic alchemy — what he calls “bittersweet fuzz” — might reveal solitary angst at its core, but has always been a communal call to action for better times.

“Resist this slow momentum,” he sang on the early track “And After,” years before that verb was typical news hour jargon. And then later, in far less vague terms, “I want out from within!”

The guitar hero dramatics of his beloved Smashing Pumpkins and Oasis may not be wholly evident at first listen, but the gamut between delicacy and ferocity is there to discover with repeated listens. And when you add as many layers as Crosson does, repeated listens are a must.

His debut album Journal of Retreat captured pop hooks in all manners of landscapes, grabbing retro surf beats and anthemic piano melodies as often as it melted into more experimental Radiohead mosaics. If this was the product of a sole bedroom producer, not many could tell.

Fast-forward seven years to Soul Song Paralytic, unapologetic musical-visual exploration of grief with the multimedia artist Dara Lorenzo, which was made after a close friend’s death. Crosson and Lorenzo hosted free events to showcase the conceptual work in the Oakland area and build community. Gone were the days of simple, self-contained aspirations.

Somewhere between these heavily contrasted albums is a map to Saint Solitude’s ambitious scope and optimistic ennui. Over the years, Crosson has molded the project to fit his geographic and creative whims, touring coast to coast as a one-man loop show for years before staging fully-realized trio and quartet arrangements of his studio blueprints.

With a sixth album, Twilight Reduction, out November 2021, and Crosson recently launching EDBL Music Collective – a production music house he co-founded and composes for – plans in the post-pandemic world are looking toward brighter shores. For a child of the 90s, that’s no small feat.